Take a quick look around our updated website. jQuery Tools now has equal status to Flowplayer. Both are serious projects with active development. The largest upgrade was the intro page of our demo area which is done with the new version of Scrollable. The intro page is also documented so you can have a similar setup on your site too. 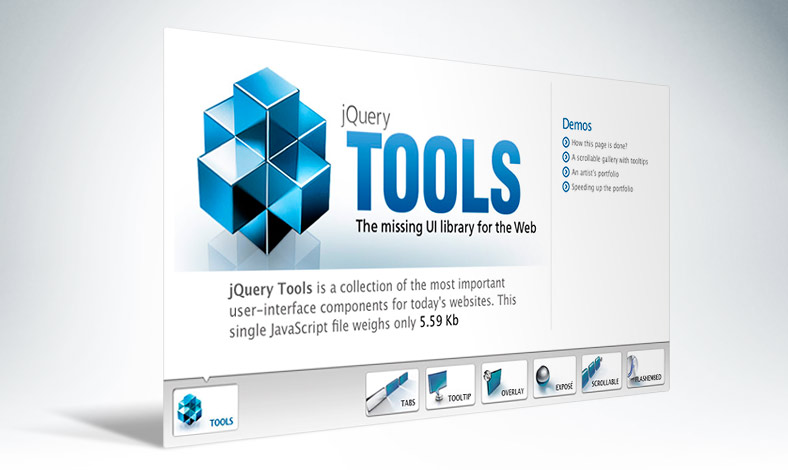 This version takes events and callbacks even further than before. Now the supplied event object contains additional information about the event and when the action was initiated by user interaction. For example, when the user clicked on a navigator item of a scrollable. Here is an example:

You can read more about the event object from the User's Manual.

A piece of information 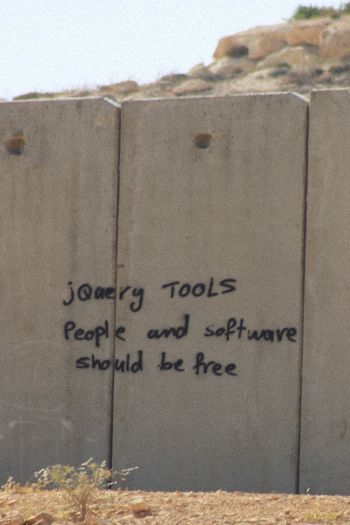 People in Palestine are trapped inside a Wall. "We are human beings, just like you, with a sense of humour, and lust for life".

The text on the image is inside the wall. No Photoshop.

Put your message on the wall