After ten weeks of creative free time and two months of hard work it's time to shake up the web again. This version of jQuery Tools is even smaller than before: ${v.jqtSize}kB of (pollution free) web engine fuel. This was possible by stripping the non-essential parts of the tools into separate modules. Now jQuery Tools is the first framework to take full advantage of jQuery's powerful chaining technology. Let's take a look at this scrollable instance:

The new Scrollable has only the absolutely necessary features to make things scroll. We have also added a new circular plugin to make an infinite loop for items and the autoscroll plugin makes the items scroll automatically without any user interaction. This is how it's configured.

You can have multiple scrollables on the page and they can all be activated with this single line of code. All plugins may have their own set of configuration variables. This kind of design pattern makes the code more organized and easier to understand. In the programming world this pattern is called a decorator pattern which is at the heart of jQuery: "Find elements and do stuff with them". jQuery Tools takes this seriously and a step further than other libraries.

You can find a complete list of the new features and changes in Scrollable in the Full version history. For example, you are now able to build complete navigational systems by taking advantage of better keyboard control. But read on...

Overlay has undergone the largest rewrite of all tools. Just like tabs and tooltips it has a so-called "effect framework". You can use a different overlaying effect for different situations:

This version of overlay handles all of these situations and you don't need to search for different tools for different needs. It is your all-around solution for overlaying HTML content. It simply has no competition. Here you can see the Overlay Gallery plugin in action:

The default effect for overlay is no longer the apple.com like "growing image animation". This Apple effect has been moved to a separate, downloadable effect. The default effect is a simple fade in/out effect. Writing new overlay effects is not nuclear science. Here is the default effect's source code:

This is a simplified version, but you get the point. As you can see you can add new effects with the $.tools.overlay.addEffect method. This was previously $.tools.addOverlayEffect which is no longer supported. Here you can see a demo about a custom effect for overlay.

There are some serious improvements in the Tooltip plugin. A very important feature is the ability to define the tooltip contents for the trigger element's title attribute without the need for an additional element containing the content.

You can now use a brand new dynamic plugin for tooltip to dynamically change the position of the tooltip when it cannot be shown on the viewport. Click here to scroll a little lower and see how tooltips behave now. If there is no room on the top edge, then the tooltip is shown on the bottom edge. You can change the effect and any other configuration variable dynamically whenever the repositioning occurs.

Tooltip 1.1.0. introduces completely new event management where you can fully control when the tooltip will be shown or hidden.

Faster page load with many tooltips

If you have many (many!) tooltips on the page you can use a new lazy configuration option to load the tooltips only when they are first being used. This makes the page loads significantly faster. The tooltip is wise enough to switch to lazy loading when there are more than 20 tooltips on the page, but you can control this behaviour explicitly with the lazy property.

Other improvements for tooltips include a new predelay configuration for configuring a delay before the tooltip is shown. And the default "slideup" effect is now named "slide" because you can alter the sliding direction with a new direction property. You can also enable a bounce configuration property so that the tooltip slides back to where it originated from. The bouncing effect can be seen on the above tooltips when those tooltips slide downwards.

There are many new features for tabs such as a new built-in "ajax" effect, a fadeOutSpeed configuration option for performing "crossfades" and a rotate configuration property for making circular navigational systems for tabs. The most notable addition is a new slideshow plugin which you can see here: 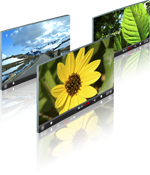 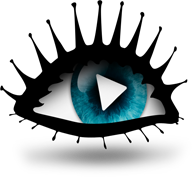 jQuery Tools 1.1 is a massive upgrade with many new features. Here is a complete list of the new plugins and effects:

jQuery Tools 1.1.0. introduces a new global variable jQuery.tools or its shorthand form $.tools. If you use Firefox and have the Firebug add-on installed, try entering the command console.dir($.tools) in Firebug's Console. You'll see the following kind of tree structure:

Here you can see the available tools, plugins and effects as well as their versions. But most importantly you'll see their default configuration settings. You can see the available configuration variables and their default values. You can also change these values! By changing them you don't need to specify the same settings every time you use jQuery Tools. You can, for example, change the default size for each scrollable to 4 as follows:

This website uses a lot of semi transparent PNG-24 images which are not natively supported by IE6.

jQuery Tools are proven to work with IE 6.0+ but this website does not optimize the visual experience for IE6 users.

Because of this confusion I have written a new section in the User's Manual about PNG images together with Internet Explorer 6.

The demo has been updated with over 10 completely new demos showing the new possibilities of this library. Here are the most important additions:

The http://cdn.jquerytools.org Content Delivery Network (CDN) is now completely free! You can use it freely in any website including production environments. This network has been kindly offered for all jQuery Tools users by Max CDN. Respect to them! There are three files available for you.

By using this network the Tools will be loaded with maximum performance no matter where your client is located on the globe. The DNS records are currently being updated across the globe. Check out our updated Download Area.

There are quite a few changes that may break your existing installation. If you simply just change the file with a newer one your site may not work so you should read this chapter with care.

The default effect for overlay is no longer the "growing image animation" a.k.a. the Apple effect. The overlay simply gradually fades the overlay in and out. The previous effect is now a separate downloadable item and it must be explicitly configured. Here is how you do it:

The Apple effect is no longer included in the default distribution under http://cdn.jquerytools.org and you need to download it separately. You can also see from the above example that all configuration variables under the finish property have been moved to the root level. For example finish.top can now be simply written as top.

Navigator, autoscroll or mousewheel features are now separate plugins and should be configured differently. Here is how:

All these plugins are not included in the default distribution of jQuery Tools under http://cdn.jquerytools.org and you need to download them separately.

The navigational elements of Scrollable

The history feature is also a separate plugin and here is the altered configuration:

Again, the history plugin is not included in the default distribution of jQuery Tools under http://cdn.jquerytools.org and you need to download it separately.

If you have made custom effects for tabs or tooltips the method names for adding the effects have changed as follows:

We take the advantage of the new structure of the $.tools variable which is now much more scalable. Remember that you can now also add effects for Overlay with the new $.tools.overlay.addEffect() method.